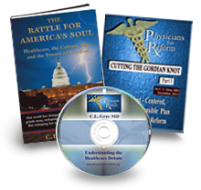 Health insurance premiums have risen more after Obamacare than the average premium increases over the eight years before it became law, according to the private health exchange eHealthInsurance.

The individual market for health insurance has seen premiums rise by 39 percent since February 2013, eHealth reports. Without a subsidy, the average individual premium is now $274 a month. Families have been hit even harder with an average increase of 56 percent over the same period — average premiums are now $663 per family, over $426 last year.